Somewhere out there, the German and Japanese automakers are laughing their asses off at this picture.

There is an ad that airs around here for a local furniture store that recommends you buy a new mattress every 8 years.  To drive home their point, they say, “You buy a new car more often, and don’t spend nearly as much time in it!”

Fiddlesticks!  Only if you like to waste your money….

Pictured above is my pride and joy, my 1998 Plymouth Neon which I have now owned for

over 12 and a half years.  It no longer looks as pretty as it once did (it’s been ages since I’ve heard a girl refer to it as “cute”, and yes, it got that compliment a lot in its glory days), but despite my artistic inclination, I am a huge believer in form following function.  It gets me where I want to go, and has been unbelievably reliable for a car its age.  I also paid off the loan on it in February 2005… do the math, and this is the 100th consecutive month I have not had to make a car payment.  That is a LOT of dough that has stayed in my bank account, just because unlike most other people (and especially my fellow males), I really don’t give a shit what kind of car I drive, or how it looks, or how old it is…. all I care about is getting from Point A to Point B.

At speeds over 5 miles per hour.

There are a lot of , er, non-amenities my car has that most people now take for granted…. 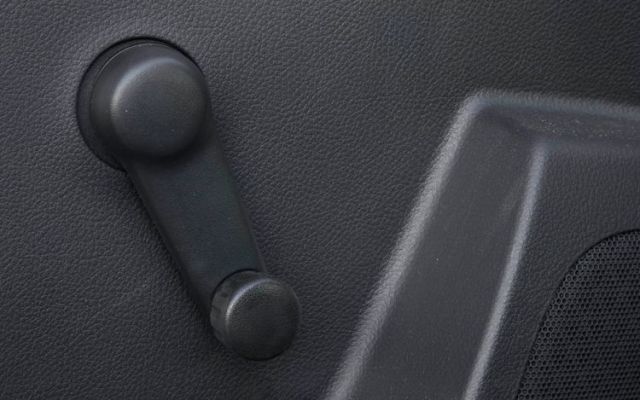 Nope, you gotta use the archaic device pictured above if you want any fresh air in my Neon.  And if you want to be cool, you have to have your elbow hanging out the window anyway.  I like to think that over 12 years of rolling windows down the old fashioned way has given me biceps of steel!

Ahhh, the joy of compressed air!

If you want air conditioning in my car, you’re gonna have to use the handle pictured above.  Maybe if you had a commute that didn’t require sitting in traffic for half an hour, you wouldn’t need to waste gas and battery power on compressed air, and could instead take advantage of the natural 55 mile per hour breeze coming in through your window.

It may as well be a million miles away when you’re buckled into the driver’s seat.

Having to reach across the seat to unlock the door for someone is kind of a pain in the butt.  But the power lock revolution led to one thing I am extremely glad I don’t have, and that’s….

Guaranteed to work 63% of the time!

These things are BEYOND evil.  I will hang on to my Neon until it crumbles to dust solely for the purpose of not ever having to carry and use one of these stupid ass car remotes.  My key will always unlock my door.  Your remote might work, or it might not.  And if you’re really lucky, it might set off the panic alarm instead and make you look like a dumbass.

OK, my car radio will pick up FM…

If you’re in my car, and you want to listen to something other than the radio or the strange noises that come from under the hood, you better bring that stash of cassette tapes you have.  Yes, my car has a cassette deck instead of a CD player.  Bring on those Duran Duran and Poison tapes, and we’ll have an 80’s party in my car! 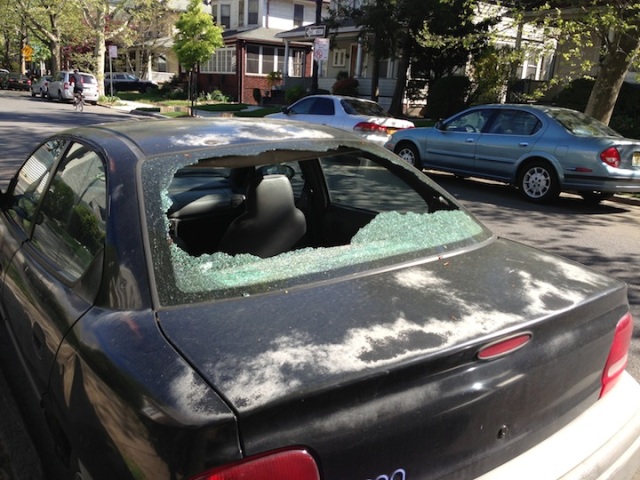 Completely unnecessary when you don’t have a single thing in the car that anyone would want to steal.  My stereo cassette player has yet to draw the attention of a would be thief, and the piles of garbage strewn throughout the floor are a pretty good theft deterrent in their own right…

OK… that’s enough about what my car doesn’t have.  Let’s talk about what it DOES have! 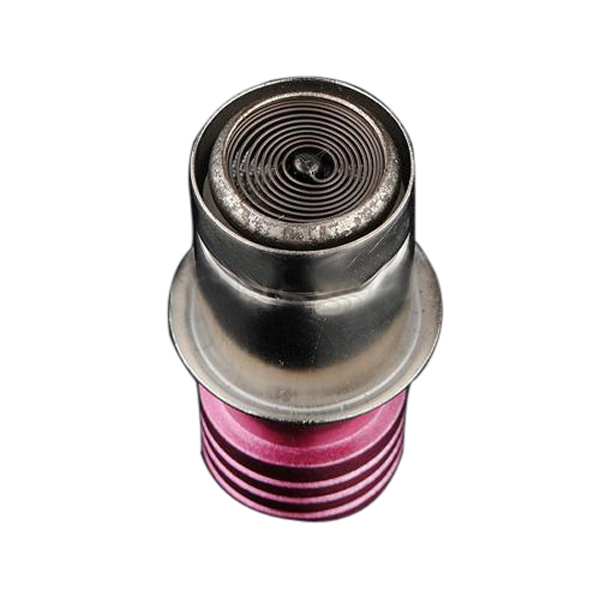 Remember the old fashioned car cigarette lighters that you’d push in and wait for the coils to heat up so you could burn your sister’s arm with it?  OK, maybe that was just me (I’m just kidding everyone!  Don’t click Unfollow!)…. but I’ve heard that thanks to the decrease in the number of people smoking, these nifty little heated coil wonders have all but disappeared from modern cars.  Mine is located inside the car ashtray… which since I’m not a smoker is my depository for salt and pepper packets, which come in handy at fast food joints that don’t like to give out condiments anymore.

Despite the best efforts by our government back in the 70’s, we Americans did what we usually do when confronted with being out of touch with the rest of the world, and did not adopt the metric system.  The auto industry was supposed to help us stubborn yankees convert over by adding the metric values in small type under the more familiar miles per hour scale.  We Americans gave the middle finger to soccer, and likewise to this foreign rubbish, which was only adopted by drug dealers.  And while most speedometers in cars today are back to displaying only miles per hour, my ’98 model car was still trying to teach me a math lesson.

This should be standard on every make and model.

So today’s financial tip from The Nest is to find yourself a good little reliable car, and run it until it won’t run anymore.  Don’t worry if all of the technology on it becomes obsolete in that time, you’ll be more than used to it by then.  Be loyal to your car, and it will not only be loyal to you, it’ll save you a ton of money that would otherwise go to greedy banks and bailout hungry CEO’s in Detroit.

19 Responses to That Old Car Smell