One Giant Leap For Squirrelkind 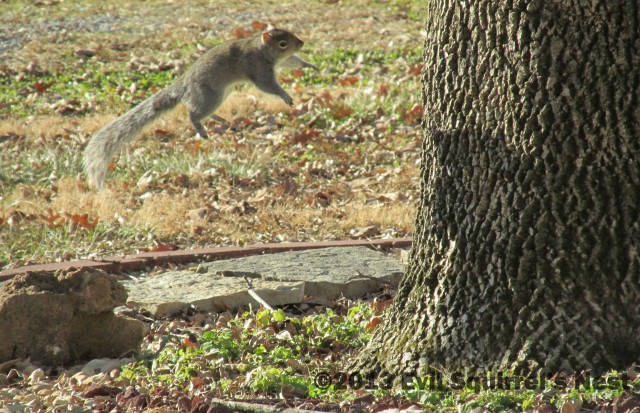 What, you’ve never seen a squirrel glider before?

Christmas… one that takes much better pictures than the one I had for four years which supplied all of the other squirrel pictures I have taken.  One thing this camera captures much better than the old one is squirrels in motion.  This is what I used to get…. above is one of the picture from my first batch I took with the new camera last Friday.

WOW!  Now that is an awesome picture of a squirrel leaping onto a tree!  He looks like he’s just hanging there in suspended animation… and in near perfect focus!  If this is a sign of what I might be able to capture with this new camera, I should have many fantastic pictures to show off this year for my weekly Saturday Squirrel. 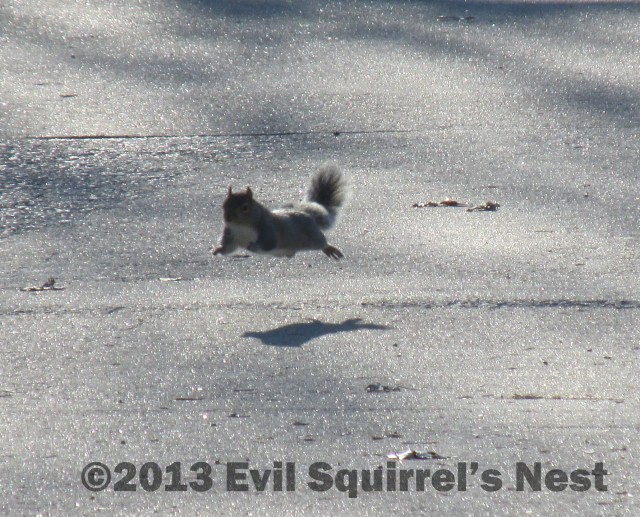 I believe I can fly!

I can’t wait to finally capture one leaping high up in a tree… it will happen!

Well, assuming my squirrels survive the bitterly cold weather we’re going to be getting Sunday through Tuesday…. cold we haven’t seen the likes of since at least 1996.  I hope my buddies survive out there… especially the young red tailed Foxy. 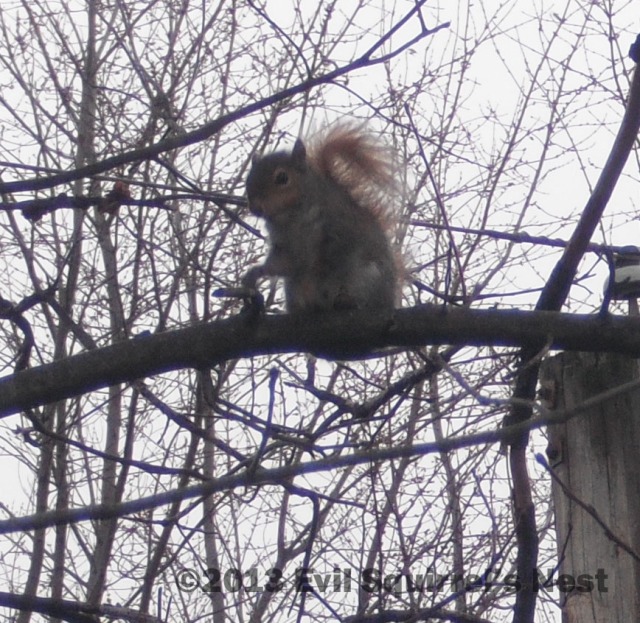 Can I borrow your jacket?

Stay warm out there this weekend!

Bored former 30-something who has nothing better to do with his life than draw cartoon squirrels.
View all posts by evilsquirrel13 →
This entry was posted in Saturday Squirrel and tagged camera, cold, hop, jump, leap, photo, photography, picture, squirrel, tree. Bookmark the permalink.

29 Responses to One Giant Leap For Squirrelkind