Get Dressed For Success

Yeah… I got money coming out the wazoo, baby!

It’s the hip hoppity happiest day on the whole darn tootin’ internet!  Friday’s here, and you get more of that neverending story that’s had you hyped up with anticipation for the past 168 hours!  Yes, it’s another deliciously satisfying taste spoon full of my epic Millionaire Journey!  Last week we played with our food up in the ABC commissary, and when I left off, my group was being corralled to get ready for our moment in the studio spotlights.  That means the next stop is my dressing room… come on inside, if you dare! 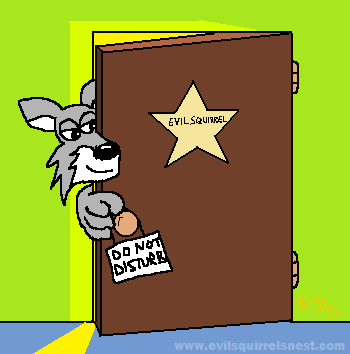 Who wants to help me get dressed?

Me and the rest of my taping group were led back to the infamous hall of dressing rooms I introduced you to in an earlier segment, only this time there were about 75% fewer people than there was when we passed through here in the morning and it felt about as spacious as the trash compactor in Star Wars.  You may recall all contestants from both groups were told to leave their show wardrobe in one of these dressing rooms before we were led into the green room.  Now we all got to play a fun game of “find the clothes you had abandoned amidst all the chaos four hours ago.”  It’s a lot like that similarly exciting game of “guess where you parked your car in the humongous mall parking lot”….

That green sweater’s got to be here somewhere!

I don’t have much trouble finding my get-up, and stake out my own private Idaho among the free for all of dressing rooms so I can get changed in relative privacy.  On with the hideous green sweater.  Up with the brand new khaki pants that would make Jake from State Farm jealous.  Back on with the semi-casual brown footwear I had already been trodding in the entire morning.  Sigh…. this is so not me.  I may as well have had on a custom made fancy tuxedo for how much I hated being out of my plain shirt, jeans and sneakers element…

Though I’d have looked much more smashing with Buster.

I intentionally stalled a bit while dressing to the nines because I knew what was coming up next… and I wanted to put that off as long as I could.  But being as this just wasn’t my lucky day, and helped by the fact that half of my group was female, I was still one of the first ones to emerge dressed and ready to go.  That meant there was a chair already waiting for me in the makeup room…

That’s OK, I’ll do my own eyeliner, thanks!

I recall from my days interning in the weather department at a local TV station that the on air meteorologists would make sure their stage makeup was touched up before any broadcast… and of course, it always looked weird for me to see a guy whip out a makeup kit and start applying it to his face.  The purpose of this makeup is to keep you from looking like a shiny douchebag on tape thanks to the overhead lighting and the effect of its reflection off your skin.  Plus, it’s good for covering up all those nasty pores and craters we don’t want several million people to see… which would embarrass mom almost as much as getting into an accident without clean undies on.

I had always been under the impression that the Hollywood makeup process was just a big old puff full of flesh colored powder the cosmetologist would violently dab onto my face until the entire room was so filled full of fine dust particles that there’s be a massive explosion if someone lit a match.  Nuh-uh.  I watched in horror as my makeup lady mixed up this horrifically nasty batch of peach colored goo that she was no doubt about to assault my very skin with…

You’ll be as drop dead gorgeous as I am in no time, my little squirrel! Bwahahahaha!!!!

This disgusting, probably toxic mixture was an undercoating that gets applied before the stage powder.  It felt just as icky as it looked as this Jackson Pollack wannabe began applying it to my face.  I don’t know how you women put up with this…

Is the makeup session over yet? Hello? Are you still there, ma’am?

While this goopy crap was going on, I began to wonder if the makeup lady was going to have a fit with my spurt of facial that looks like a tangled rain forest under my mouth.  For whatever reason, I simply decided to stop shaving that bit way back in 1995… and it’s sort of become my distinguishing feature.  It was kind of a “soul patch” before the concept even came to be, and it’s gone in and out of fashion countless times in the 19 years I’ve been sporting it. 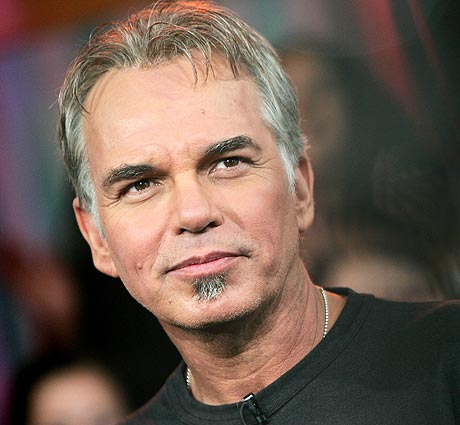 Imagine what this would look like if you sprayed it with both Miracle Gro and Roundup weed killer.

It’s so wild and uneven, it looks like someone just glued a damn tumbleweed above my chin.  But having spent half my life with it now, I’d feel lost without it.  I’m constantly grabbing at it and twirling it in my fingers… especially when I’m bored, trying to think, or just a little stressed.  I can just see myself doing this on national television while trying to figure out a question… Regis would probably feel the need to reach over and slap my hand every time I reached for the weed patch.

Thankfully, my then 6 years worth of growth does not interfere enough with the Bondex being smeared on my face for the makeup artiste to feel compelled to grab a pair of scissors.  Once the powder is applied over the face spackle, I am free to go wander around the hall while the rest of my fellow contestants get tortured. 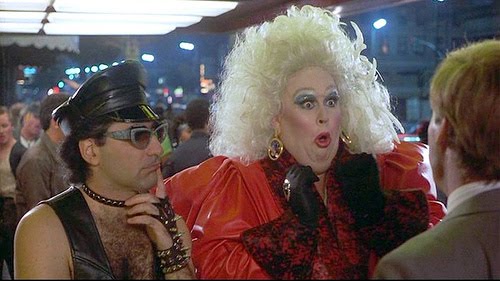 Thanks for making me look so pretty, girlfriend!

So now…. I wait.  It seems like an eternity for the rest of my group to go through the grueling makeup process.  It was during this idle time that I ran into one of the associate producers who had interviewed me at the audition two months ago (three months ago in blog time… ha!), and that’s when he told me that my impromptu weather forecast I did was what made him remember me and got me picked when they began filling all the slots.  Well how about that… all that time and money I invested in my college education didn’t go to waste after all!

It was worth every penny in student loans…

I lingered around a group of my fellow finalists who were also waiting out the makeup phase, and they were listening to the carryover contestant Ed Toutant tell them a bit about yesterday’s taping he’d been a part of.  The carryover onto that show wound up incorrectly answering her $500,000 question, which only cost her $218,000 in winnings.  Then the first contestant from his group made it all the way up to the $125,000 question before walking away with the $64K he had already won.  Ed said that had the contestant gone for and answered that question correctly, his show would have likely been the third one to suffer the misfortune of only one fastest finger question… and he wouldn’t still be hanging around the studio today.

Ed also gave us a helpful bit of advice to help us keep up with the pace of the show.  Each taping had six segments, with five commercial breaks.  Keep track of the number of breaks, and you’ll know just how close you are to having your goose cooked.  By that fifth commercial break, if you’re still waiting for your shot, you better hope the Hot Seat contestant’s about ready to bail or fail.  Or there’s always sabotage…

Finally, all ten of us are done with the beautification process!  Now we get pulled into another room so we can get miked, since apparently the viewing audience may want to hear us when we mutter our incoherent answers.  This only involves running about ten miles of wire through the sacred parts underneath your clothes, all attached to a fifty pound box we have to have clipped to the back of our pants.  Yeah, this is really comfortable and a tad intrusive.  Why don’t you just go ahead and give me a catheter while you’re at it so I won’t need to be escorted to the potty anymore…

As we are getting enough wires run through our clothing to power all of Manhattan, one of the AP’s begins to instruct us on how the contestant intros will work.  The ten finalists competing for that Hot Seat spot all get introduced just before the first fastest finger question gets asked, and it’s considered to be our “four seconds of fame,” and our chance to say hello to the world who was watching… you know, just in case we bomb out and that’s all the time we get to send a special message to the ones we love out there…

There is a camera covering each side of the Ring of Fire we will be sitting in, and each camera will start with the contestant on the far end and work their way towards the middle.  They alternate cameras as we are being introduced… so the order of introduction is 1, 10, 2, 9, 3, 8, 4, 7, 5, 6.  Or, for our purposes, we had to just count the number of times the red light on our camera had gone on and figure out how far we were away from the end of our row.  Since I was in Seat 9, I would be up the second time my camera’s red light came on.  This was an awful lot of fucking math and remembering of routines we were being forced to tuck away along with all of that valuable trivia knowledge we were hoping to show off.

Look up “camera red light” on Google, and this is all you get…

Well, we’re dressed, prettified, miked, and all ready and rarin’ to go.  We are once again lined up in the hallway by our seat order and taken downstairs to the studio.  Unlike the last time we had entered this door for rehearsal, when it was quiet enough to hear a pin drop, now your very thoughts were being drowned out by the raucous sounds of a live audience that was sitting just on the other side of the bleachers we were waiting behind, and they were getting pumped up for the taping they were about to watch….

This is it, folks.  Shit’s about to get real now….

Thank God for that catheter….

We’re going on stage… in front of all those cameras and that big audience!

Bored former 30-something who has nothing better to do with his life than draw cartoon squirrels.
View all posts by evilsquirrel13 →
This entry was posted in Millionaire Journey and tagged 2001, abc, catheter, contestant, dressing room, game show, makeup, microphone, millionaire, wires, wwtbam. Bookmark the permalink.

21 Responses to Get Dressed For Success