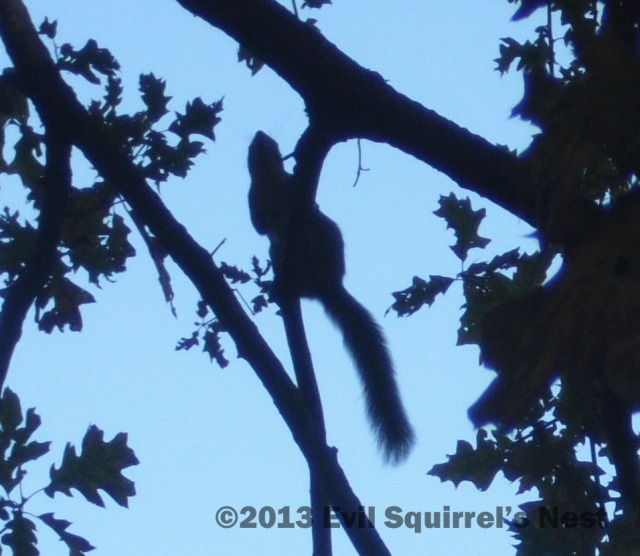 Ninja squirrel lurks in the shadows.

All the cool 80’s kids should have an earworm right now as they get their Saturday Squirrel Fixx….

Squirrels are without a doubt diurnal creatures.  You will very rarely see a common squirrel out in the open after the sun goes down unless they have reason to flee their nests (like my front yard squirrels who run for cover under my neighbor’s truck every time it begins to rain, even in the middle of the night).  During the hot summer months, squirrels become very crepuscular.  Wait… huh?  What in the hell does that funny word mean?

Crepuscular is an adjective used to describe things associated with twilight.

Crepuscular animals are most active during dawn and dusk.  So you see squirrels out and about doing their regular business very early and late in the day during the warmer months.  Hey, would you want to look for acorns when it’s 95 and the sun’s beating down on your fur?  Animals aren’t officially classified as crepuscular like they are “diurnal” or “nocturnal” because it’s really a very loosely applied trait that is rarely consistent within any species.

Still, it’s fun to think of squirrels running around in the murky shadows of twilight time rather than in broad daylight.  Whether the sun’s just coming up, or getting ready to set, look out for those fun loving Saturday Squirrels who come out to play in the twilight time! 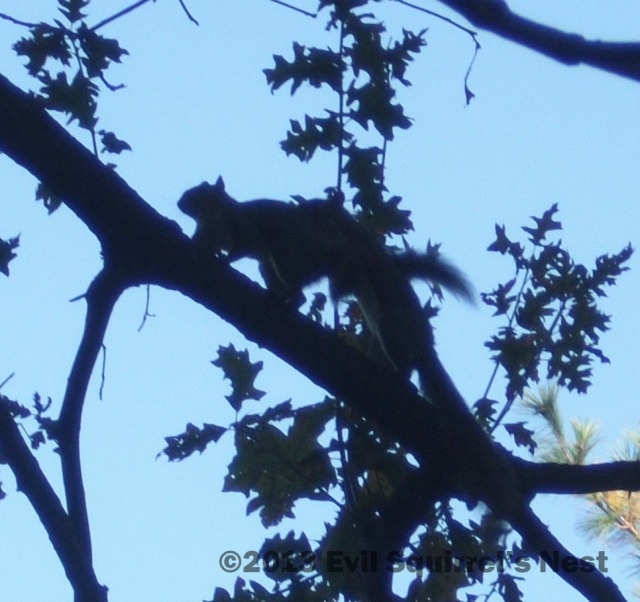 Can you handle Squirrels After Dark?

Have a crepuscularly great weekend everyone!

Bored former 30-something who has nothing better to do with his life than draw cartoon squirrels.
View all posts by evilsquirrel13 →
This entry was posted in Saturday Squirrel and tagged crepuscular, dawn, day, diurnal, dusk, night, ninja, nocturnal, photo, photography, shadow, squirrel, tree, twilight. Bookmark the permalink.

19 Responses to Grey Squirrels At Night