The Good Stuff and The Gooder Stuff.

So what happens when you toke MARIHUANA while popping a Viagra?  You get four hours that’s anything but mellow.  And on that note, happy 8/20 everybody!  Unless you’re in one of those weird, non-American parts of the world that thinks the day should go before the month… in which case, you’ll always miss out on the good stuff.

The Share Your World Harry Potter theme continues this week, with four questions from Roger Shipp and four from Melanie.  Let’s see if we can get through all of these before my Bob Dole meets Bob Marley wears off… 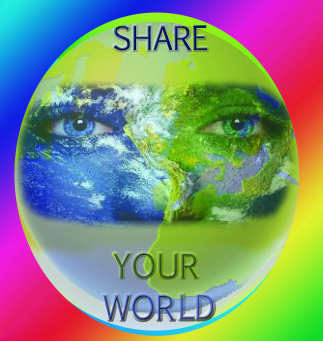 Heterochromia globe, see me through this…

Harry Potter can speak to snakes. If you were able to have conversations with any one animal, what animal would you like to speak to? What would be the topic of your first conversation? 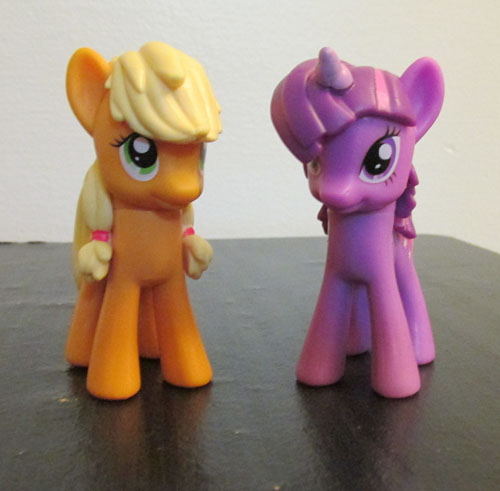 APPLEJACK: I hope so, Sugarcube!  That fox is such a studmuffin!

TWILIGHT: That’s beside the point, AJ.  The Mr. Fox gag gets done to death!  Need a talking critter?  Get the only one who can’t speak!  Hardy har har….

AJ: His handsome face does all the speaking I need to hear! 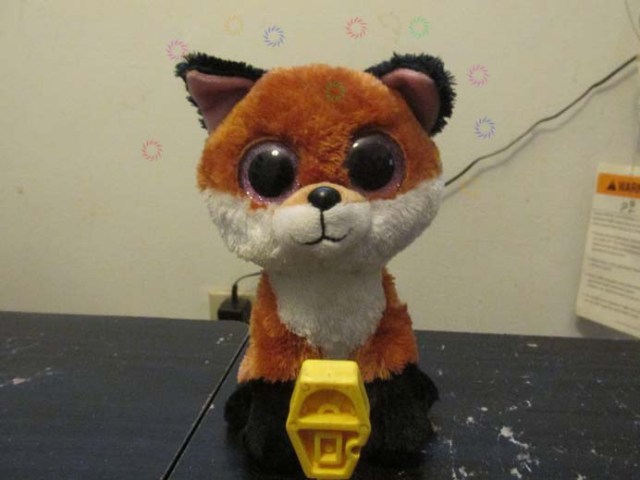 TWILIGHT: See, I told you….

AJ: SHHHHHH!!!!  I can’t hear those sexy vibes that hunka fox is speaking to me over your big mouth!

TWILIGHT: OK, I give up!  Let’s go drool over Mr. Fox together….

The portraits in Hogwart’s dormitories can talk. If your graduation portrait could speak to people passing it by, what would it tell them?

It would say nothing, because I broke the camera.  That’s actually true… the local photography studio that leeched off of my school district for generations was taking pictures of each graduate as they got their (fake) diploma so that our families could all have a very expensive memento of this very overrated ceremony.  When it got to me, the camera stopped working.  Yes, I really broke the camera!!!

Harry Potter, Ron Weasley, and Hermione Granger use the Pollyjuice Potion for finding new clues for the happenings at Hogwarts. (The Pollyjuice Potion is a magic potion that allows your body to form into that of another and live their life for a few hours.) If you could transform into another being, who would you chose to be? What would you hope to learn?

SHADOW: Pollyjoo…. what kind of nonsense is this?  My shapeshifting abilities are beyond compare, and I need no funny looking liquid to serve as a catalyst.  Let me show these magician’s apprentice rejects how it’s done…

SHADOW: There!  I am now the Shelf’s resident surly skunk female.  Allow me to show you how fully I’ve taken over her material body…

RAINY: What is the meaning of this?  Are you trying to copycat me, you annoying little jerk?  You’re an even worse imitator of my species than that humanoid bitch with the cosplay tail!

SHADOW: You are mistaken, dear…. for I am now YOU!

RAINY: What do you have to say now, fake skunk?

SHADOW: (Cough!  Gag!) I should have never wandered into this (Hack!  Wheeze!) dimension today…

There was a flooding in the girl’s bathroom where Moaning Myrtle resides. What has been the most dangerous (or comical) ‘flooding’ where you reside?

RAINY: I’m so very sorry to everyone involved in the Share Your World feature for having to witness this inexcusable lewdness!

How do you think you’ll die? 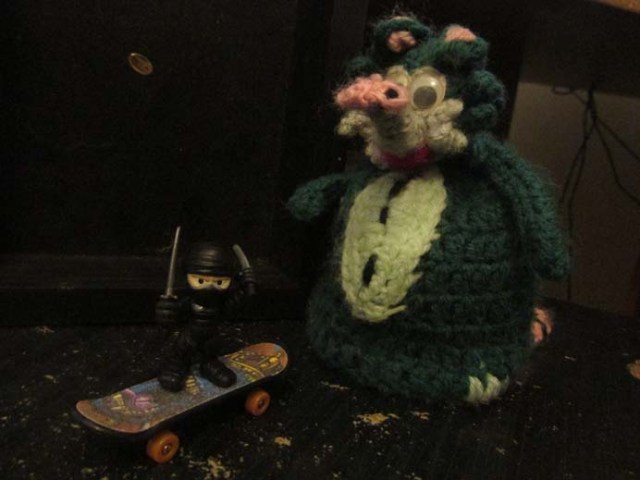 He will get his revenge on me. And it’s unlikely I’ll be able to respawn…

Back in the old days of the Millionaire message board (circa Spring of 2001), there was short-lived poster who went by the handle Phil McCracken.  That name always stuck with me because of how oddly amusing it sounded…. but it was many years later before I realized it was a very dirty innuendo!  Yes, even I can be quite naive sometimes…

You should be careful which screen name you register with, Snuggle…

What’s invisible that you wish people could see?

I love this meme, and have used it as an avatar before…

If over time you replace parts on a car, at what point does it stop being the same car you bought? How many parts do you need to replace to make it a new car? 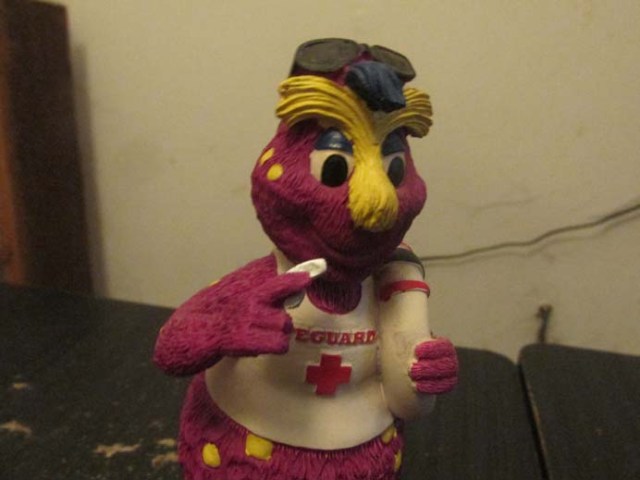 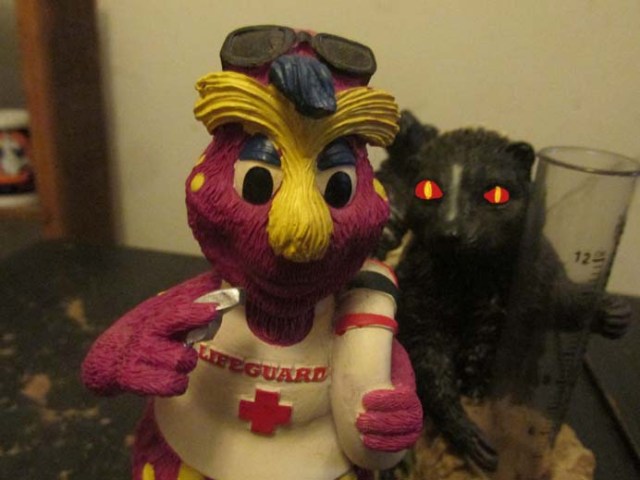 SLIDER: That’s odd…. I have a strange sensation, like I….. maybe should have kept my mouth shut.

RAINY: You may want to keep your nose shut as well, you gaudy looking busybody!!! 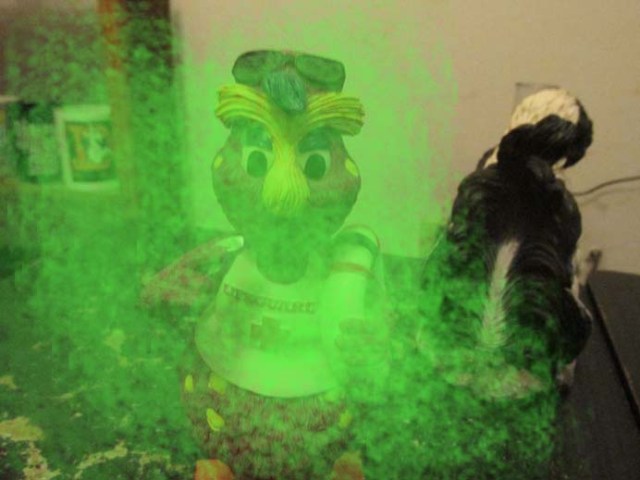 Aren’t you glad that internet scratch and sniff ability hasn’t been invented yet….