Blood On The Tracks

As if my beloved St. Louis hometown hasn’t had enough bad news over the past year, Friday morning a 58 year old woman was fatally struck by a light rail train on my side of

the river.  Sandie Konopelski was walking the Metrolink tracks near Belleville, IL around 8:00 AM that morning when she was killed by the mass transit train.

After reading those first two sentences, you may be wondering what in the hell I’m covering this story on my blog for.  I’m generally not a Debbie Downer, and the only grief and agony I typically dish out to my readers are usually your responses to my lame attempts at humor.  However, if you click on the link for the official story on this incident by STL Today, you will instantly see how it ties into The Nest…. 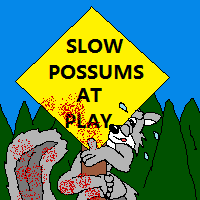 Ms. Konopelski worked as a wildlife rescue volunteer, and the reason she was in the path of a speeding train in the first place was because she was responding to a call expressing concern about a wayward opossum on the tracks.  Yes, this woman lost her life trying to rescue a fucking possum.

Because possums are so good at getting into trouble.

While I applaud the efforts of those like Ms. Konopelski who come to the aid of wild little critters that most thoughtless people would rather put out of their misery, the problem with possums is that they’re little walking suicide machines.  They are extremely slow (both physically and mentally), they love to play in areas where big motorized machines can inflict massive harm on them, and of course they are very squishable.

Yes, and bifurcated as well… but that’s neither here nor there when a big choo choo is bearing down on you.

You’ve all laughed, cried, and uncontrollably barfed over the various gruesome deaths I have put Buster through in my Thursday comic strips.  However, the sad truth is that most possums really do have about the same shitty luck with staying alive that Buster has in my fictional world.  It’s like the little marsupials are just born to be flattened on some rural road. 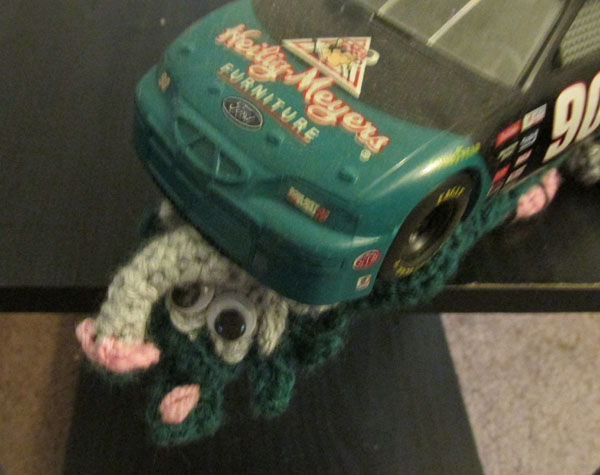 And so the question must be asked…. is it really worth it to ever attempt to rescue a possum from its natural born desire to become flat as a furry pancake?  We at The Nest think not.  And not because we don’t totally love the mangy little guys, because you know we definitely do!  But it’s every possum’s destiny to die under the spinning wheels of human transportation, and sometimes it’s just not wise to intervene as nature takes its cruel course. 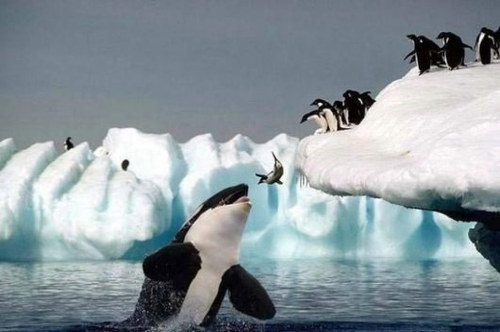 While it’s unfortunate that Ms. Konopelski’s passion for our underappreciated wildlife cost her her life, it’s also quite possible that her action did in fact save that possum’s life.  And while it will survive only to be obliterated when it waddles in front of an 18 wheeler later on this week… it no doubt is very appreciative for the heroic actions of its fallen savior…

Bored former 30-something who has nothing better to do with his life than draw cartoon squirrels.
View all posts by evilsquirrel13 →
This entry was posted in Squirrels In The News and tagged death, news, possum, rescue, roadkill, st louis, story, train, wildlife. Bookmark the permalink.

17 Responses to Blood On The Tracks