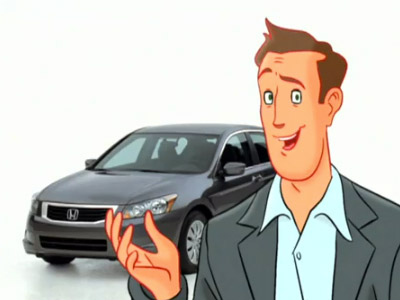 Hello, I’m Mr. Opportunity!  Yes, I realize this isn’t Retro Ad Tuesday, and no, I’m not going to try to sell you a clearanced Honda Odyssey…. at least not right now!  No, today I’d like to talk to you all about one of the most important elements of photography that can literally mean the difference between a winning a Pulitzer Prize or wasting Polaroid film….. and that’s OPPORTUNITY!

You see, the stuff that makes great pictures doesn’t always present itself to the

photographer easily, and you must be ready and strike precisely when the golden moment presents itself!  This is particularly true if you photograph squirrels, like The Nest’s resident blogger does.  Squirrels can do some crazy and funky things… but their antics come and go so quickly, it is hard to capture them at their very best.

And it’s especially hard to capture them at all if you don’t have your camera with you!

Our intrepid sciurine photographer woke up just two mornings ago to see one of his squirrels going batshit crazy in the backyard… hopping up and down on a stick poking up out of the ground, then picking up an empty corncob and holding it to his mouth like a bugle.  Either would have made a great picture… had the camera not been in another room.  By the time the camera was retrieved, the crazy squirrel had scampered off to another yard.  That same morning, an opportunity to get a picture of a squirrel gazing down from a cable wire a mere 15 feet off the ground and directly overhead was also missed.  Why?  Someone went for a walk without their camera.  Tut tut!

To demonstrate how opportunities can be missed even when the camera is ready and waiting to fire, take the squirrel up above.  This is not a photo you will be seeing in National Geographic anytime soon.  It probably wouldn’t even make the back page of a small town newspaper.  Squirrels are almost constantly in motion… blink, and you might miss something awesome.  For example, what was the squirrel you see above doing just a few seconds before that photo was taken?

This moment could have been missed! 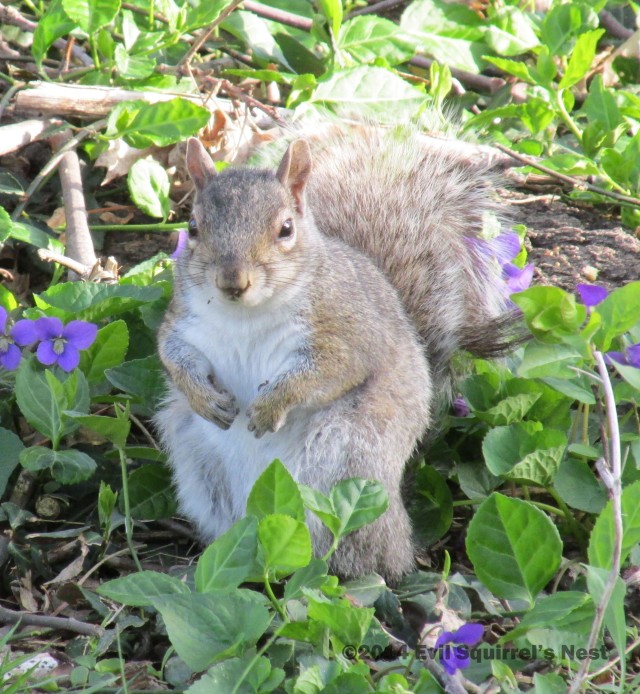 Bored former 30-something who has nothing better to do with his life than draw cartoon squirrels.
View all posts by evilsquirrel13 →
This entry was posted in Saturday Squirrel and tagged camera, honda, missed, mr opportunity, opportunity, photo, photography, squirrel, violets. Bookmark the permalink.