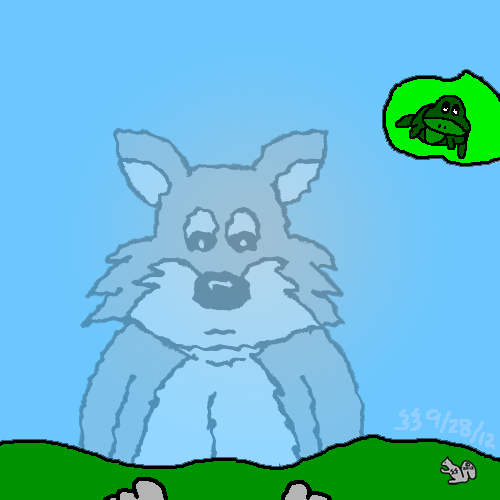 This was the kind of post I envisioned doing for my 100th entry over here a couple weeks ago, but my amateur photo shoot with a squirrel on my birdbath proved to be a big hit for the milestone post, so no regrets there.  But I wanted to take some time to kinda talk to myself about how my presence on this blog has changed in the nine months now I’ve been contributing to it… and of course by now, I’m more than used to talking to myself here! 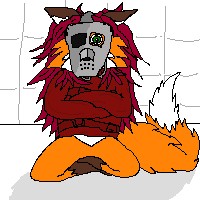 The internet was made for crazy people like me.

I started this blog on Christmas Eve last year with two basic intentions that were both essentially striving for the same goal.  First of all, I wanted to introduce this cast of wacky characters I’d created through several years of inspiration over on my longtime message board home to the public at large.  Not an easy task given the tons of backstory behind each one of them, and many of those old intro posts that litter the first couple months of my blog were somewhat awkward and probably confusing to those outside of my circle.  The reason for this was that I had just opened up my own shop on CafePress where I hoped there may be enough interest in poorly drawn, but cute animal characters that folks might be interested in paying outrageous prices to buy cool stuff with my designs. 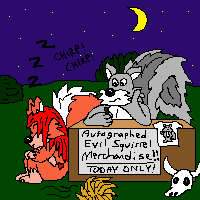 The response was overwhelming!

While I have made about $150 thus far from this little venture, almost all of that came from people I already knew would be interested.  I’ve made two sales totaling a $1.51 profit to the world at large, and neither of those folks ever laid eyes on this blog.  Going solely on what my primary purpose for creating this blog was, it has been a massive failure and a complete waste of time. 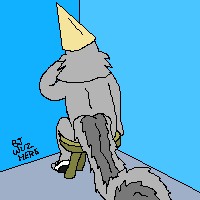 Go cry in the corner you big baby!

Ah, but as it turns out, I am having so much fun throwing out my warped artwork and even more warped views out here for the world to see that I rarely even think about what this blog’s primary mission was anymore.  More and more, my posts are just random events in my life, thoughts, squirrel pictures I take when I’m bored… kind of like what a normal blogger would post on their site.  I can share my demented take on life while at the same time share images from my vast archive of past digital crapola I’ve created over the last…. wow, almost 5 years now! 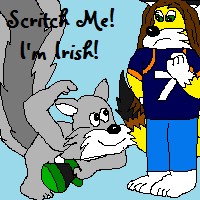 And of course, there is my comic series, now in its 22nd week!  I have notebooks and notebooks full of old, crappily drawn comics from when I was a kid, and I am really enjoying sharing my warped sense of humor with everyone else on the web, even if only a handful of people actually see it.  I’ve even picked up a few positive comments on my last few comics.  If I can make just one person laugh, it was worth the three to four hours it takes to create one of my strips… 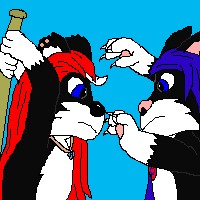 You can bet we’ll be seeing more of these two!

And it’s no surprise to me that my main source of cheap laughs isn’t coming from the star of my series or his red and white co-stars…. but from this little guy: 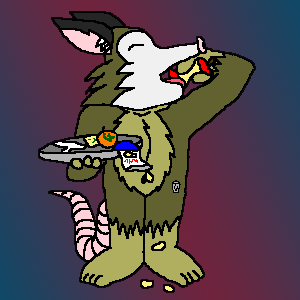 To think that Buster’s only been in my stable for a little over a year now, and he’s quickly taking Evil Squirrel’s place as merry mischief maker.  Having created many past series of characters in all those old comics I spoke about, I figured this would eventually happen, as the main attraction (ES) often eventually becomes the overseer and observer of the batshit insane cast of idiots that end up surrounding him.  Buster’s now the go-to possum when I need a rabble-rouser. 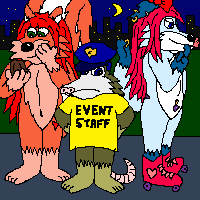 And a hit with the ladies, I might add…

And now, for the past three weeks or so, I have taken the additional step of trying to draw some traffic to my blog.  By taking advantage of WordPress’ “Like” feature and even throwing out a comment or two on other people’s blogs if I am so inclined, I have been paid back with an influx of visitors, a spike in hits, and have doubled my number of followers!  I’ve even followed a handful of blogs of those who have stuck with me in an attempt to forge a few friendships in the blogosphere.  Maybe I’ll find my way over here in this brave new world after all…. 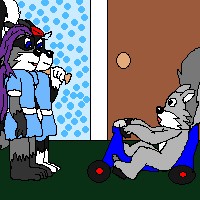 Come and play with us!

Wanna take a guess what my #1 most popular blog post is? 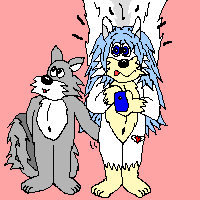 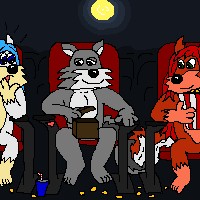 Now The Lonely Island is a different story….

Well, if you’ve made it this far, congratulations!  I can’t sell you four dollar Viagra or naked pictures of Princess Kate, but I do hope I can provide you with more entertainment, insight, and cheap laughs with the art and words that ooze out of my brain.  No purchase necessary, and this offer is valid in all 50 states and both hemispheres…. 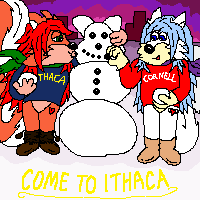 Even in Ithaca, NY….

Bored former 30-something who has nothing better to do with his life than draw cartoon squirrels.
View all posts by evilsquirrel13 →
This entry was posted in Artwork, Shop Talk, Squirrel Droppings and tagged animals, art, characters, comics, critters, drawing, memories, shop, squirrel. Bookmark the permalink.