What’s In A Name?

Yes, it’s Friday….. not Wednesday.  But I wanted to post something today, so I decided to run the Randomator this morning and play Random Image Inspiration.  With one condition…. since I wanted to do something SCT-related due to it being Friday, I am limiting the inspiration I can draw from today’s image to something related to the gang.  Now, let’s see those numbers…

The 2nd post in my Reader was this one by My Dang Blog, which surprised me since Suzanne usually only posts on Sunday!

The origins behind many of the things that exist today can range anywhere from mundane to fascinating… though even the most boring root stories can have interesting aspects.  Since I wanted to make this an SCT post, how about we look into what inspired many of the names you know from The Theatre! 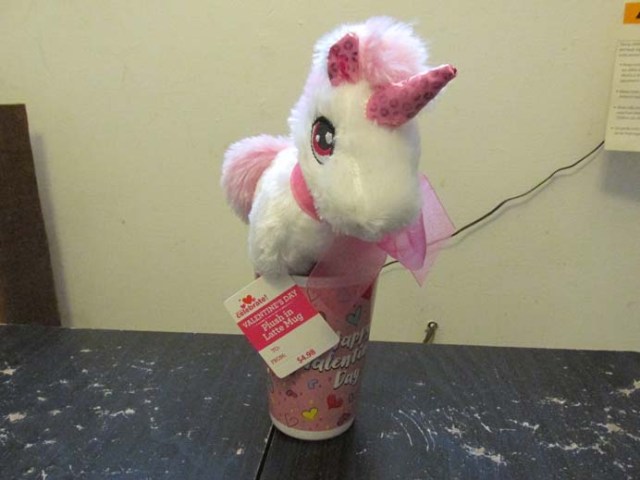 I’ll skip over the obvious characters whose names were already defined, like Snuggle, Scrat, Troll, the ponies, and such.  So, where did your favorite SCT critters get their names from….??? 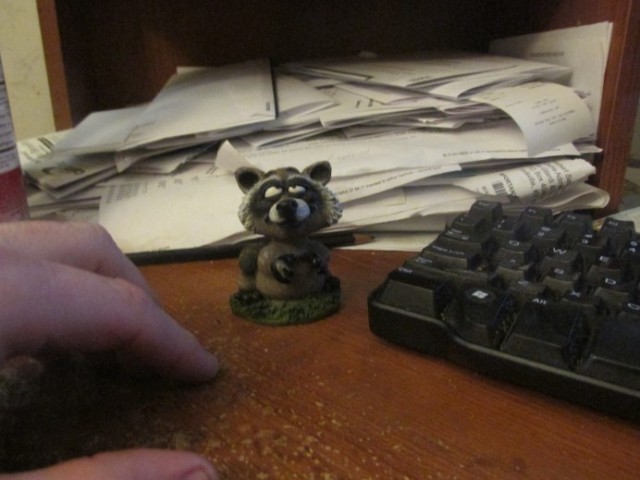 You’ve probably wondered where the name “Fuzzywig” came from for my perpetually stoned, creepy faced raccoon.  Well, you can credit none other than literary genius Charles Dickens, who would be turning in his grave if he knew he lent a name to a fucked up critter on a third rate blog.  One of Fuzzy’s first appearances on my blog, or at least, the first one where he needed a name, was his role as the jolly character Fezziwig in my five part “A Pony Christmas Carol” I posted just before Christmas 2015. I used artistic license to change the name to the more fitting Fuzzywig.  When SCT started a year later, I figured it was a good enough permanent name for him…

Mitzi also debuted with her name in that same post that gave us Fuzzywig… though Dickens had nothing to do with her name.  Mitzi’s cameo in that story was as a bimbo, which she’s been typecast as ever since.  And what better name for a bimbocorn than “Mitzi?”  It’s just such a light and floofy and airheaded name…

Trisha once mentioned that she thought Chip got his name because his figurine had gotten chipped, but Chip’s porcelain is 100% intact (even if his sanity as the Shelf’s designated straight critter is not).  The name came from a compromise I made over the question posed by the person who gave him to me as to whether he was a chipmunk or a squirrel.  Since I wasn’t sure myself, his full name became Chip Squirrel.

Rainy….. well, what better name to give a skunk holding a rain gauge?  If I’d have named her Flower, she might have sprayed me… 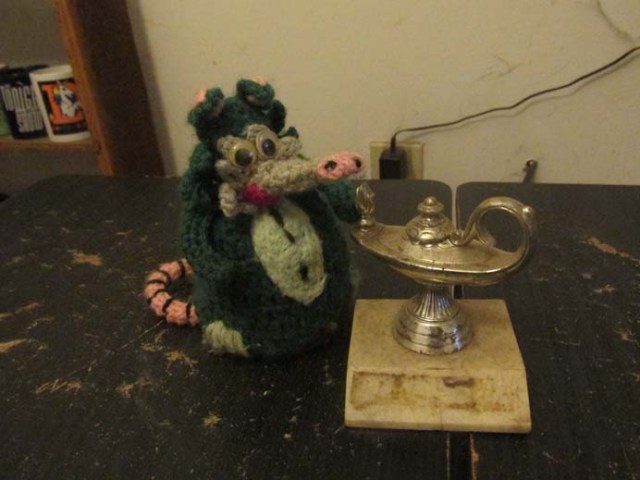 The origin of Buster’s name is interesting, given that the character precedes Shelf Critter Theatre and even my Evil Squirrel’s Nest comic… where he’s happily died a thousand deaths for your amusement.  Buster was originally an unnamed possum I drew to playfully taunt someone I knew who had a memorable run-in with a house invading possum back in 2008.  In 2011, I made a birthday card on my computer to send her that featured the possum… and the last line in her thank you email to me was this:

“Trying to think of a good name for my pal on the back.  So far came up with “Lil Shithead” and “Buster.”  How about you?”

As cute as “Lil Shithead” would have been for the possum……. I chose Buster.  He soon broke out among my characters I was drawing, became a star, and the rest, as they say, is history.  I could seriously dedicate a whole post on all of the fascinating little things that went into Buster becoming what he was, and such a huge part of The Nest… his origin story is easily the most interesting! 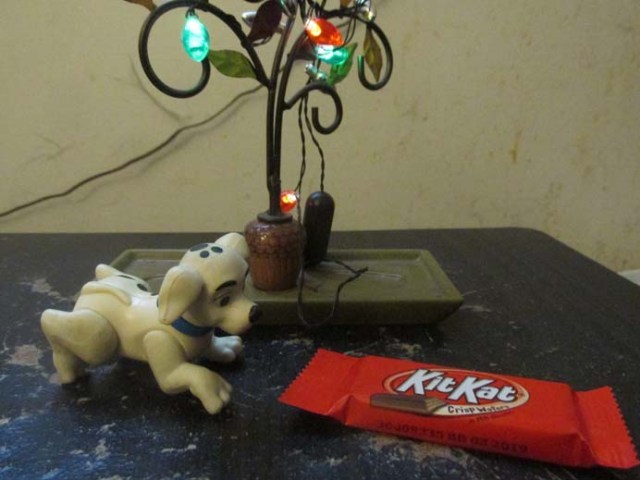 Fleabag didn’t even have a name in his first few SCT appearances.  In the final of those scenes where he was billed as “DOG”, Fuzzywig called him a fleabag, and the name stuck.

With his popularity the last three years, it’s hard to believe that Mr. Fox hardly appeared at all in the first 30 or so episodes of SCT.  In his first appearance during a Bashful skit, I not only used the name on his tag (His real name is Slick!), but he actually…………… spoke!  The first time he appeared in SCT proper, the Sponkies referred to him as “Mr. Fox,” and the name, as well as his petrified behavior, stuck.  Thus we can declare Slick and his lone speaking role non-canon….

Before she became the queen of blood, Zeeba was definitely the loose screw among the two Mitzi spawn who were born live in an episode of SCT over three years ago.  Zeeba, borrowed from a Pearls Before Swine character, just seemed like the perfect name for a loony zebra.  As for her sister Bearcat, that came about due to being unable to figure out just what the hell she was.  She kind of looked like a cat, but she also bore an uncanny resemblance to the internet meme Pedobear.

And then there’s Hung Lo………. and if you don’t know the significance of what “hung low” means, well, we’ll spare you the lewd details….

Sigh, so much for trying to avoid lewdness.  Anyway, I hope you thought this look into some of the SCT names was informative and/or entertaining!

Bored former 30-something who has nothing better to do with his life than draw cartoon squirrels.
View all posts by evilsquirrel13 →
This entry was posted in Random Image Inspiration and tagged image, inspiration, names, origin, random, sct. Bookmark the permalink.